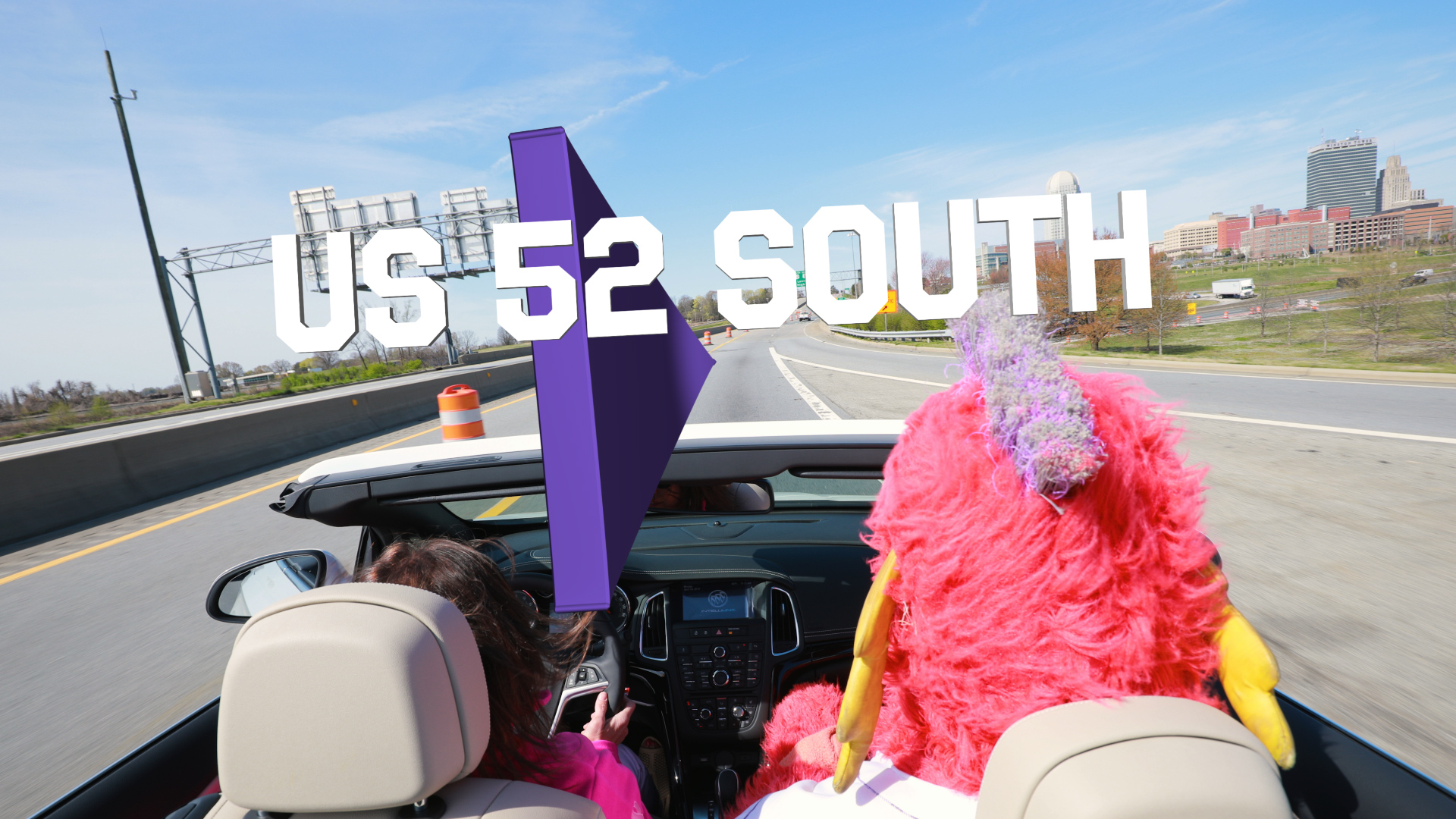 THE CHALLENGE: The Dash was receiving feedback about folks being dissuaded from attending Dash games from the rest of the triad. This decision not to attend was based off of a false assumption that, “Since business 40 is closed we can’t get to the ballpark.” The Dash had an idea to make, “…some sort of sped up video of the routes from the North, South, East and West.” The other aspect of this project was that the videos needed to be filmed on a Monday and delivered by Wednesday ready for posting on social media the following day.

THE CIRCUMSTANCES: There were a number of unique circumstances facing the production. The first being the incredibly tight deadline and therefore lack of any real pre production time. What the majority of people would consider the most “basic” or “simple”video, on average, takes weeks to concept, setup, produce, film, edit, correct for color, mix audio, and deliver. In this case we are talking about 4 separate videos in less than 36 hours. The initial contact was made late on a Wednesday,verbal agreement on the project was reached Thursday afternoon. The contract was drafted and sent Friday but was not actually signed until after the weekend on Monday morning, the day of filming.

Second, the Dash planned to use a convertible in order to showcase Bolt the mascot in the videos. Again working on a extremely tight schedule there was no opportunity to see the car ahead of time and plan how cameras were to be rigged. This circumstance was complicated by the fact that the car was to be a brand new car on loan from Flow Automotive. This means that any rigging components can leave absolutely no trace they were ever utilized.

Additionally, the Dash asked that two camera angles be used. One of which would be a GoPro which they would provide. This adds a layer of complexity as the cameras must be hidden from each other's line of sight and another camera must be rigged without cosmetic impact.

Finally, the intro portion of the video was to be produced following the recording of the driving routes, again without any pre production time or time allotted to setup additional lights or sound support, within the office prior to filming the intro.‍

THE CONCEPT: In order to achieve the“sped up” look that the Dash was looking for, and give as many post production options as possible to help offset the lack of pre production, I made the decision to film the routes using time lapse photography rather than speeding up video.The result would be a more “stop-motion” style aesthetic but would yield over 6K video footage that could be re-framed, stabilized, cropped or reoriented much more easily than the significantly lower resolution footage generated via 1080p video recording. (Note in the image above the difference in video resolutions.)

The particular style played well to the concept I had envisioned for the look and feel of the project.Keeping with the Dash’s desire for an upbeat and fun video, I wanted the videos to be reminiscent of an arcade style racing game. Colors were high saturation and contrast. Additionally, I didn't want to just have a "sped up video" because this would lend little information to the viewer. The Dash planned to provide voice over yet I felt this still left the viewer wanting. What if the sound was turned off or an individual were hard of hearing? What if the person has never been to Winston and is unfamiliar with street names and turns? To manage these considerations, I decided that the addition of motion graphics coupled with the voice over would allow for the greatest impact for the broadest audience.  The motion graphics were tracked to the movement of the car giving them their subtle bounce. The font was selected as a nod to the uniforms of players.The purple arrow was in line with the branding colors of the Dash and was animated based on indicators and graphics used in racing style video games.

THE CULMINATION: Through an efficient post production workflow on a very capable editing system, videos were completed and delivered on time. When rigging the car extra care and an abundance of foam was utilized to ensure both the security of the camera at 60+ mph speeds and that no cosmetic impact would remain on the brand new vehicle. Strategic placement of the cameras resulted in an almost perfect camouflaging of both cameras and the camera operator. Although the GoPro that would be utilized was not available until the morning of the shoot, the knowledge gained from over a decade as an experienced filmmaker was essential to navigating menus and implementing proper settings. The intro piece was conceived and mentally story boarded while recording the various routes.

All in all, the Dash was overjoyed with the end result.

Micah really helped the Winston-Salem Dash out with creating videos for our driving directions to BB&T Ballpark.  This was a project that needed to be done very quickly.  Video quality was incredible and editing was seamless.  Highly recommend Micah Brown media!! - Jenny Fulton, Director of Corporate Partnerships


You need help; we all do. Which is why we offer a FREE consultation via phone, video conferencing or in person! During this time we will discuss your media needs and goals and how we can work together to help you fullfill and suceed each one!