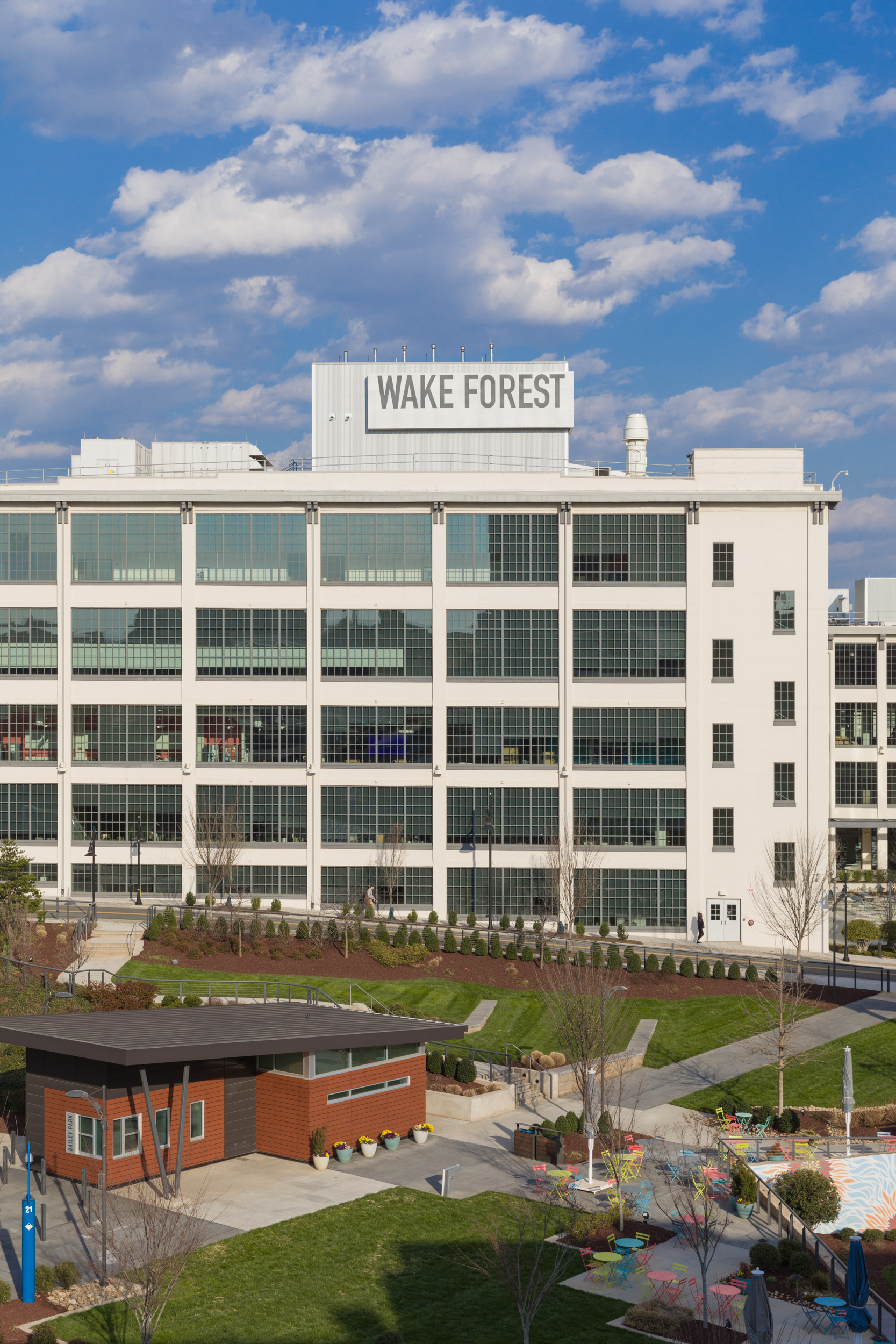 Winston-Salem, city of Arts and Innovation.

There are three great passions I have in this world, food and architecture. The third is media production, specifically creating compelling photos and videos.

When I moved some years ago from the epic metropolis of Los Angeles, I found myself with a gaping hole for two things restaurants and buildings. Having unfettered access to some of the best cultural culinary offernings in the states is not something I will soon forget. When I left southern California I had generally accepted the fact that I would never eat a good taco again. Almost as bad as my hunger for real mexican food is my thirst for the dynamic and varied skyline of LA. As my creativity is fueled in part by my insatiable quest to answer the question, "I wonder what goes on in there?" Living a rural neighborhood of less than fifty souls leaves little for one to wonder in comparison to sprawling buildingscape I was accustomed to.

The Innovation Quarter changed all that.

The first time I visited Camel City, I was a bit underwhelmed. I had been tainted by La La Land and all it had to offer so everything after that felt like a let down. The innovation quarter changed all of that. A massive, 337 acre, part of downtown Winston-Salem is a hotbed for biotech research and developement. In it's prime, this area of the city was home to R.J. Reynolds tobacco factory. Having been left abandoned and decaying, Wake Forest University began a revitalization of the area that brought me right back to sunny so-cal.

My introduction was via Startup Grind at Flywheel Coworking inside the Center for Design Innovation on the outer edge of the Innovation Quarter. It was a cool place to be, modern, minimal design with a great view of the skyline. One visit and I was hooked.

I wanted to keep coming back.

One thing led to another as I continued to meet entraprenuers, tech gurus, and fellow creatives. One day I was invited to visit Venture Cafe, a weekly meetup for my just my kind of people. It was meeting inside the Bowman Gray Center for Medical Education until moving to it's current residence, across the street, in the Bailey Power plant. Every time I left I wanted to keep coming back. This is where it was at. This was my tribe.